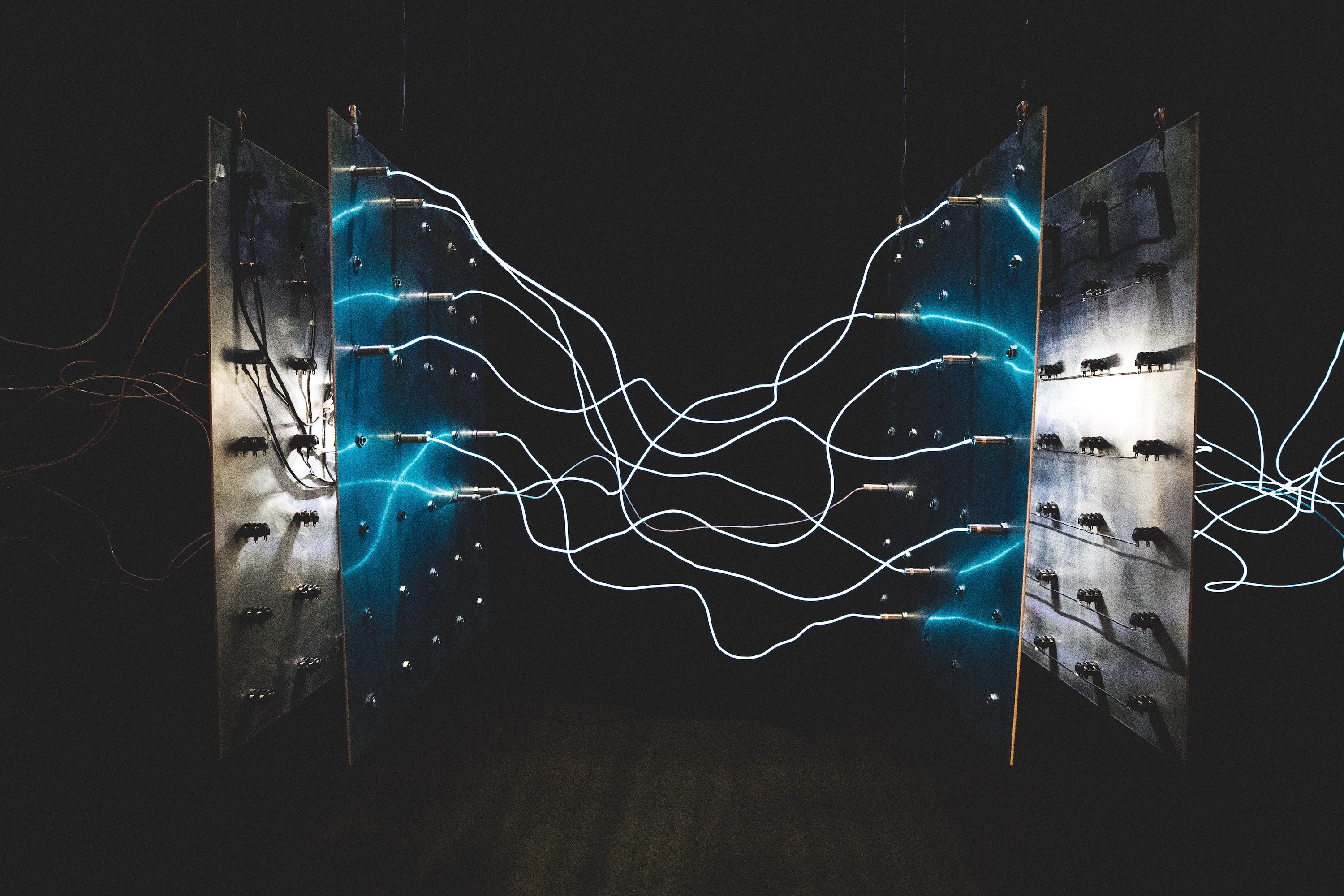 This is a free sample story from my book The Making of Product Managers.

Summary: It is unusual that Michael’s first brush with product management was during his master’s degree in systems design engineering. After his master’s degree, Michael discovered that he no longer wanted to be an engineer. He spent a few years working in business analysis and account management while searching for a job in which he could use his unique combination of engineering, design, and analytical skills. He finally landed a job as Producer at a product agency, the equivalent of a product manager at a traditional product company.

Product Management with Solids and Fluids

Michael studied nanotechnology engineering at university with a focus on emerging technologies in a variety of industries. While at university, he worked as a Product Engineer designing hardware and systems for new products that improved water systems, biomedical technologies and printing technologies. He then pursued a Master of Applied Science in Systems Design, a research-based program where he was required to use analysis and experimental design to answer a set of questions around a specific topic. His topic of choice was how to make the existing technology for detecting solids within a fluid provide the same (or better) results at a lower production cost than the market offerings at the time.

About six months into his research, Michael realized that the questions he had chosen to answer were all closely related. There was an opportunity to develop a system similar to what existed at the time but with better technology, a better design, and at a lower cost. He asked his program supervisor to let him spend the remainder of the program designing and developing this platform.

Michael tried to treat his research project as a real-life product by thinking about what the user interface should look like, what the user experience should be and how to lower the cost of development. He had to play the role of an engineer, a designer, a tester, and a human factors engineer. In the academia of applied science in 2012 it was not common practice to think about design and user experience. Many of Michael’s peers in the program found Michael’s approach different and interesting. He didn’t realize this at the time, but he was actually exercising a product manager mindset for the first time.

A Career Beyond Engineering

After completing his master’s degree, Michael realized that he no longer wanted to be an engineer. “Solving problems with people seemed more interesting than solving problems with inanimate objects,” Michael says. He had acquired a valuable skill set during his master’s degree but it was not instantly clear to him what kind of professional role would require this combination of skills and experience.

While looking for job opportunities online, Michael stumbled upon the field of business analysis. It turned out that he had many of the skills required for a business analyst such as research skills, problem-solving skills, and a sense of creativity.

Michael soon found a job at a management consulting firm as a Business Analyst working with different technology companies from startups to large enterprises. Six months later Michael became a Project & Accounts Lead, acting as a process design consultant for clients undergoing large-scale business changes. It was a combination of account management, project management, and business analysis. In this role, he often worked with clients who were releasing a new product or trying to enter a new market. He also consulted on the use of different business models, for example, whether a company should switch from charging a one-time payment for a product or service to charging a subscription.

Michael enjoyed the consultative aspect of working at a management consulting firm. But he wanted to do something that was more technical and related to a creative discipline like design, similar to what he had done during his master’s degree. While taking online courses on various subjects, Michael discovered the field of product management. It was the ideal field because it involved working with people, building technology, and being creative. He started attending product management meetups and connecting with different individuals already working in the field. He was delighted when he discovered the ProductBC community in Vancouver, B.C.

In order to apply for a position in product management, Michael knew that he had to learn the formal language of the discipline. This would be particularly important in gaining credibility as a candidate since he had not previously held the title of a product manager. To familiarize himself with the language and terminology, he attended product management events, read books and took courses. He also spent a lot of time listening to other product managers talk about product management.

Applying for Jobs in Product Management

Michael also highlighted his experience at the management consulting firm where he worked with different clients to gather requirements and implement business changes. This experience was valuable in gaining an understanding of how different companies and their business functions operate. He had the opportunity to see first-hand the types of changes that a company goes through when diversifying its product portfolio, identifying new market segments, and scaling a business. This business knowledge was crucial to becoming a product manager because he would need to routinely assess the business viability and business impact of a solution.

During interviews, a large lever that Michael pulled was his experience as a Project & Accounts Lead at the management consulting firm. It taught him “how to communicate in every way”, Michael says. The first step to good communication is active listening. Michael learned how to listen attentively to his clients so that they felt heard and trusted that he had their best interest in mind. He would ask clarifying questions along the way to ensure that he understood their concerns. This allowed him to later step into their shoes and see how their perspectives impact their decision-making.

As a product manager, Michael would be able to use the same approach to understand customer problems as well as their motivations behind solving those problems. These insights could then be used to inform decisions around which customer problems to solve and why.

A Producer: a Different Kind of Product Manager

At a regular company, a product manager manages a product (or part of a product) that the company sells to its customers. At an agency, the producer manages the projects that clients have hired the agency to complete. The agency is paid for the work done to complete the projects whether it’s to build new features or new products. It does not directly benefit from the revenue generated by those products or features down the line.

The product agency plays a significantly different role in the product development process depending on the client and project. On one end of the spectrum, an agency is contracted to simply fill a gap that cannot be filled by the client’s own resources. The client has specific objectives in mind and a clear idea of the product or feature to be developed. This makes for a more tactical relationship between the client and the agency where the client makes most of the decisions regarding product development. The role of the product manager is fulfilled by someone on the client-side. For this type of project, the producer at the agency acts more like a project manager. They coordinate the work that needs to get done to execute the client’s predefined objectives and product specifications.

On the other end of the spectrum, the product agency is hired to assist early on in the product development process. The client may have a vague idea of the goals of their product and possible project objectives but will lean on the agency to do the heavy lifting. This heavy lifting may include identifying additional objectives, validating which opportunities to pursue, and developing a product roadmap for the client’s product.

The agency will typically engage with the client’s business stakeholders to gather requirements. It may also interface with the internal product team, business analysts, end customers, designers, developers and executives. The relationship between the agency and the client is more consultative. On these projects, the producer plays more of a product manager role by leveraging their team’s expertise. They are responsible for ensuring that the client and the end customer are represented in the process and the final product provides value that is in line with the objectives. The producer and their team are able to provide value beyond just the final product that is developed.

The extreme end of this spectrum is the concept of an agency of record. In this case, a company hires a product agency before it has identified any objectives. The agency is required to identify possible objectives and propose relevant projects that the client should pursue. As long as the client agrees with the agency’s analysis, it approves the agency’s proposed projects. The agency is then left to independently carry out the strategic, analytical, and execution work with minimal oversight from the client.

For more detail on what it’s like to work as a product manager at an agency, refer to Being a Product Manager in an Agency.

Thoughts from the Producer

Michael has now been working as a Producer at the product agency for two years. He often works on several projects at a time with different clients. He prefers working on client projects that allow him to play more of a product manager role. On these projects, he has the opportunity to work in collaboration with the client and be involved in the strategy as opposed to simply executing work predefined by the client. He also has the chance to work with his team of developers and designers to discuss different perspectives and come up with creative solutions that focus on user experience to maximize the client’s return on investment.

Looking back on how his education and work experience shaped him as a product person, Michael believes that one of the most fundamental skills of a product manager comes from knowledge of and experience with the scientific method. Although product management is not an exact science, there is a large element of experimentation. It also requires a high level of objectivity to ensure that cognitive biases do not affect decision-making. Being able to effectively identify experiments and organize them in a way that yields reliable results is a valuable asset for a product manager.

Finally, Michael has learned that a product manager is only as good as their team. He has been fortunate to work with spectacular teams that consistently deliver a high level of value in very collaborative ways.

Get my monthly newsletter about the entrepreneurial mindset, building in public and how to create a digital presence that generates opportunities for you.

I try to include some useful resources too.
Done!
Oops! Something went wrong while submitting the form.
Unsubscribe anytime.