How I Tested My First Product Idea As An Early Entrepreneur 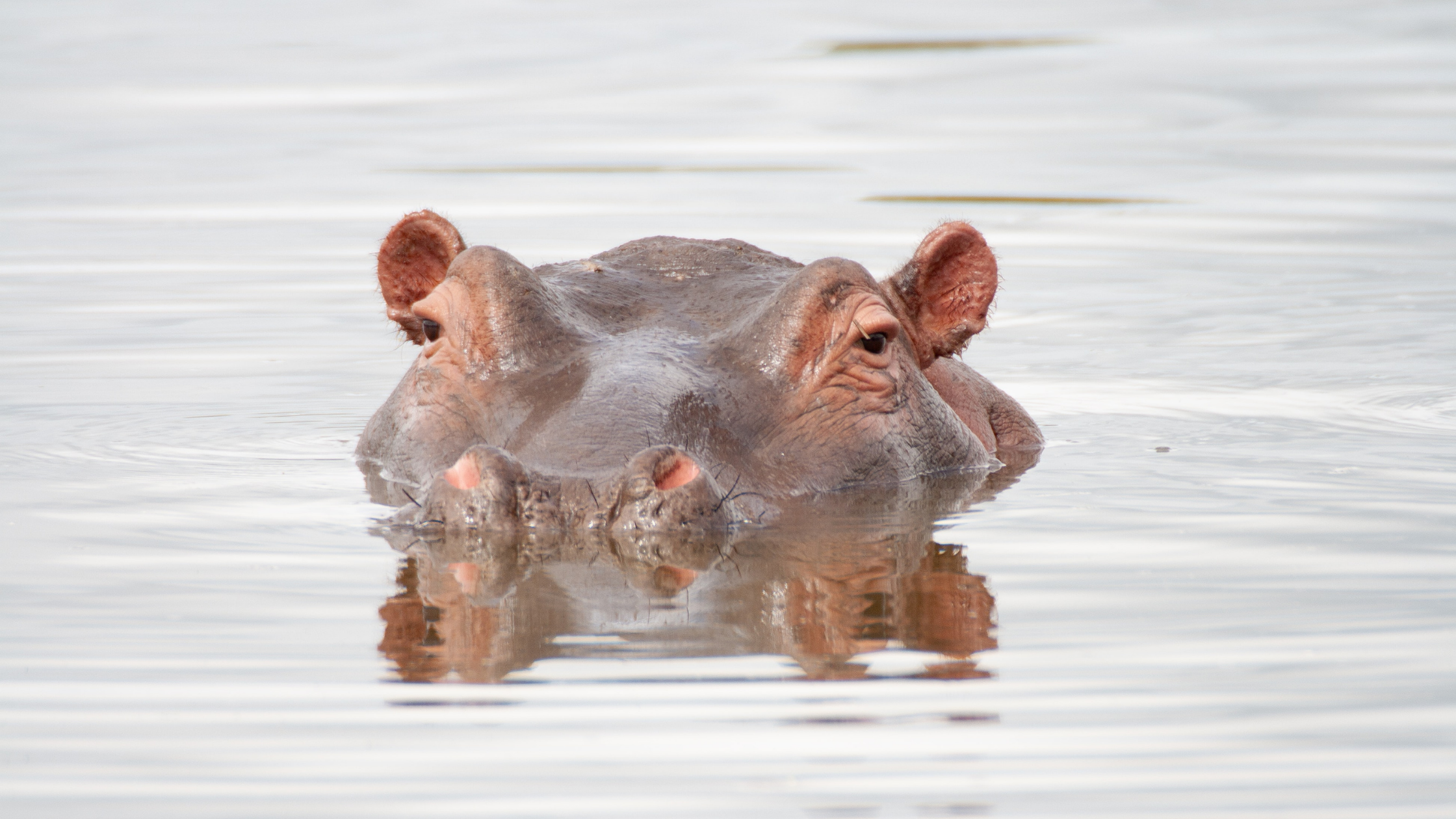 But what’s even more underrated than execution is getting started on a product idea—any idea—to practice how to execute.

Many entrepreneurs fall into the trap of taking a long time to pick the best idea to work on. As a result, they delay learning how to put themselves out there and launch something they’ve created.

This is an account of how I built and launched my first ever product idea, Hippokite. It wasn’t an award-winning idea but it was the perfect way for me to learn the ropes and increase my confidence as a first-time entrepreneur.

Hippokite was something I created to scratch my own itch.

I got the idea for Hippokite from a system I created while working my first job out of university. Every few weeks I set a reminder to document any new skills I’d learned, important things I’d achieved and challenges I’d faced in a private document.

This system made my performance reviews a total breeze. I had a large body of work to pull from, details I would’ve otherwise likely forgotten, and felt confident about my abilities.

I started by interviewing 20 friends and acquaintances.

I was pleasantly surprised to learn that five of them were using a similar system!

Interestingly, these five people had the following in common: they were organized, ambitious and really liked documentation.

Excited by my initial findings, I started sharing my idea with more people.

While many people said they liked the concept, a few responded with “it’s not going to work”, “nobody will pay for it” or “you should work on a better idea.”

As an early entrepreneur, I couldn’t tell whether they were being overly critical or my idea really wasn’t any good.

The truth was, it was my most promising idea at the time. And I was eager to get started on something—anything. I concluded that getting my feet wet was more important than working on the perfect idea and started working on Hippokite anyway.

I created my first-ever landing page.

The first step was creating a landing page to collect email sign-ups.

This is when I discovered the best landing page builder in the world: carrd.co. It’s ridiculously easy to use, inexpensive and is run by an incredible solopreneur called AJ (@ajlkn on Twitter.)

I built this landing page in carrd.co in a day:

It wasn’t the best but it was good enough. My motto was “f*ck it, ship it” and that’s all that mattered to me.

I then promoted Hippokite on multiple channels.

I promoted my landing page on Twitter, LinkedIn, Instagram and a few Slack workspaces I’m part of.

The sign-ups started trickling in that very day. Within two weeks, I had over 40 email sign-ups. It felt surreal but helped settle my nerves.

I built the beta version of Hippokite in no-code.

As a non-programmer, I decided to build the beta version of Hippokite using no-code tools.

Initially, I planned to create a web application with Bubble, a no-code app builder. But my mentor pushed me to do something simpler so I could ship sooner.

So I settled for an email service where users would respond to the emails and this data would get saved in a Google Sheet. While looking into email parsing tools like Email Parser by Zapier, I stumbled into the following insight while talking with a friend about what the Hippokite user experience should be like:

"If the product were to log experience by asking questions it would be less mundane. It asks a person how their week went, what stood out in the week. I’m drawing from my wife asking me how my day went and how I would answer."

I loved this idea and decided to create a short Google Form to include in the weekly email to users.

For the weekly emails, I created campaigns ahead of time in Mailchimp.

Finally, I created a report in Google Sheets for every user to see what they’ve logged in the weekly surveys. The plan was to manually transfer each person’s data to their custom report after each weekly survey (the Wizard of Oz Prototyping method.)

I was slightly terrified of how simple my initial product was and the fact there was manual work involved. But as they say, you should feel embarassed by your first MVP, otherwise you've shipped too late.

I earned a mention on a popular podcast from one single tweet.

As I was building the beta version of Hippokite, I experienced my first extreme high as an early entrepreneur.

The following week in episode #340 of the Design Details, I got a shoutout for Hippokite! I even got a few email sign-ups from it.

I just couldn’t believe I’d been mentioned on a podcast—and not a small one either!

I ran a successful beta and got some slightly puzzling feedback.

Out of the 60+ email sign-ups, 12 became active users during the beta. That translated into a 20% conversion rate, which wasn’t bad at all.

During the beta, I regularly communicated with the beta users over email, Slack and Zoom to maintain a tight feedback loop. Here’s some of the feedback I got:

✅  Users liked the weekly email experience and didn’t want to have to go into another app.

✅  The first survey question (“How do you feel your week went?”) helped them reflect on their week.

✅  “I feel positive, accomplished and relieved after using Hippokite.”

❌  What counts as an “accomplishment” isn’t clear.

❌  “It would be great if I could very quickly and easily record each activity or achievement as I completed it. If I get in the habit of recording these things as I complete them, I think it is less likely that I would fall prey to my tendency to procrastinate.”

❌  The experience should be more centred around goals or OKRs.

❌  Not willing to pay for the beta version of the product.

Now all I had to do was synthesize all this feedback, prioritize it, and start mapping out what the first version of the product was going to be.

Except it wasn’t that simple. And this is precisely where I got stuck.

Finding a way to move past the beta was a huge challenge.

My challenge in moving forward was three-fold:

1. The customer feedback was very scattered.

Almost every user had a different direction they wanted the product to go in and none of these directions were in line with my original vision for the product. They say you should listen to your users but what if you’re not sure whether they are the right users, to begin with?

I’d made my landing page vague in order to attract interesting and unexpected use cases of my product idea. In hindsight, I should’ve hyper-targeted people like me and my original use case—remember your accomplishments for your next performance review.

2. It took some time to experience the value of the product.

Second, if I were to continue with my original use case, it would be difficult to activate customers on the app because of the delayed reward. Users would have to log their accomplishments for some period of time before reaching their ‘aha’ moment for the product.

3. I wasn’t convinced there was a willingness to pay.

I wasn’t able to come up with a business model that would justify building the next version. B2C products are extremely hard to monetize these days, especially since many of them are either free or have a generous freemium model. And I couldn’t figure out how to pivot it to a B2B product from here.

The data from the beta left me feeling discouraged and unsure how to iterate the next version.

The feedback I was most concerned about was the lack of willingness to pay. I was also worried about distribution—if this were to be a consumer product, what would it take for me to put my product in front of enough people who cared about it?

My beta users were very supportive and encouraged me to develop the next version of Hippokite. But I wasn’t convinced because I wasn’t confident that they were my target customers.

And with that, I unfortunately slowly lost confidence in Hippokite.

I also started questioning whether I had what it took to be an entrepreneur. My first product idea had essentially failed (at least in my eyes.)

At the time, I wasn’t aware of the role that failure plays in every entrepreneur’s journey. This was partially due to my ignorance. But also due to the fact that we don’t often hear about the failures that come before the success—something I’m hoping to change with transparent accounts like this of my own failures.

After two months of working on Hippokite, I made the decision to abandon the project. And I began writing my book, The Making of Product Managers, instead.

I had collected 100+ email sign-ups from my landing page and there was momentum after the beta that I could’ve taken advantage of. However, I chose to work on other projects instead—probably due to shiny object syndrome too.

I still list Hippokite on my website here and every time someone takes an interest in it, I’m reminded of the opportunity I still see in it. But as time goes on, it becomes harder and harder to revive the project.

It’s one of those ideas that will keep coming back to me until I decide to do something about it.

Hippokite isn’t a failure though, because it taught me how to build and launch my own products.

What I set out to achieve when I started working on Hippokite was to get my feet wet as an early entrepreneur, make mistakes and learn how to put myself out there. And I achieved all of that.

Here are 4 things I learned from working on Hippokite.

1. Tailor your landing page to your target customer and niche.

Make it crystal clear who your target customer is and what use case your product is for. You can always pivot so make sure you niche down. Keeping my landing page general to attract as many use cases as possible was a mistake and left me with a user base I wasn’t confident was my target customer.

2. Building in public increases your confidence and exposes you to opportunities.

Sharing what you’re working on and how you’re making decisions allows you to collect early feedback, connect with others who can support you and feel more confident. This visibility then opens you up to opportunities you otherwise would not be exposed to.

3. Don’t give up on your problem space too soon.

The more stories I read about founders who built successful products, the more I realize they spent a considerable amount of time in the same problem space. When an initial version of a product didn’t work, they kept digging within that problem space and eventually found a way to make it work.

What matters more is getting started. The likelihood of your first idea working out is very low, especially if you lack skills and experience in building products, marketing products and getting customer feedback. Don’t delay gaining that experience because you’re waiting for the ‘perfect’ idea.

I write a monthly email about my entrepreneurial journey and how to create a digital presence that generates opportunities for you.
Done!
Oops! Something went wrong while submitting the form.
>>Back to Writing